The Grim Adventures of Billy and Mandy Wiki
Register
Don't have an account?
Sign In
Advertisement
in: Video Games, Games
English

The home console versions are fighting games, with gameplay inspired by the Sega Dreamcast classic "Power Stone". On the game, characters can peform light and heavy attacks (with both ground and aerial variants of both), pick up and throw other players into danger zones, and use items, stage elements and weapons to turn the tide of the battle. The main power-up of the game are the Mojo Balls, which when collected 5 of them, allows the character to perform a Mojo Smackdown, in which they deal a massive flurry of attacks on a single opponents until all of their HP is drained. Once 10 Mojo Balls are collected, the character instead perfoms a Mojo Meltdown, which is a super devastading finishing move that takes a life from all of the opponents currently on the battlefield. Once an opponent runs out of lives and enters a dizzy state, the player must attack this opponent and peform a four-button quick-time event combo in order to eliminate them from battle.

The Game Boy Advance version, however, it's a beat-them-up platformer, in which only Billy, Mandy and Grim are playable, and must defeat enemies and clear missions in order to collect the Mojo Balls, which serves as both a power-up and the main collectible of this particular version.

You may start playing as Billy, Mandy, Grim, or Irwin, and start the game in Asgard. Someone released dangerous Mojo balls from Grims trunk, and they set off to find out who. They beat up Irwin in Asgard, but find only a chicken feather, leading Mandy to believe it to be Jack O' Lantern. They defeat him and for unknown reasons, head to the Underworld. They take down Nergal and Nergal Jr. and find more chicken feathers, taking them to the mutant chicken farm from a previous episode, Which Came First? Grim believes that they will find who did it at Billy's house, leading to a climactic battle with the Brain-Eating Meteor. Afterwards, it was Billy leading a trail of chicken feathers from a curse Grim put on his trunk giving Billy a chicken tail. He was digging in grim's trunk to free the mojo balls thinking there names were "Mo" and "Jo". It then goes to the credits where you can play as Mandy, beating up Billy. (HE IS SO STUPID!)

The game has 8 stages, with some that can be divided in 3 acts, totalizing 20 stages.

How Grim, Billy and Mandy appear in this game

The character selection screen with all characters unlocked. 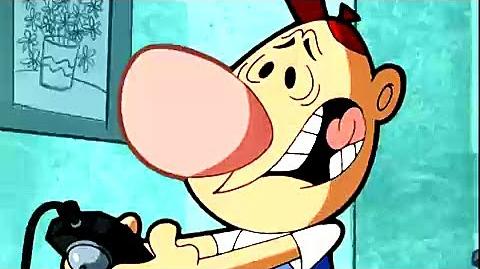 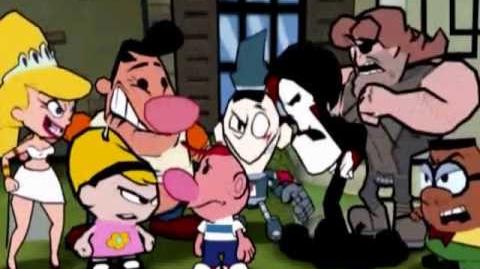 The Grim Adventures Of Billy And Mandy Video Game All Cutscenes 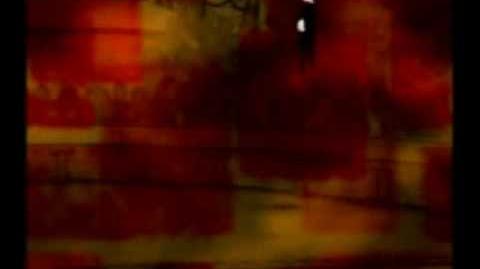 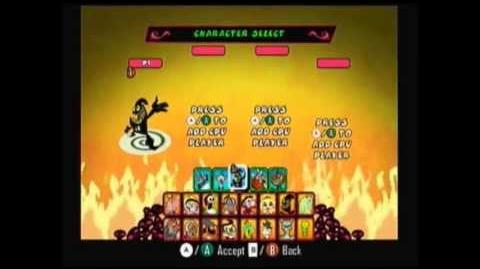 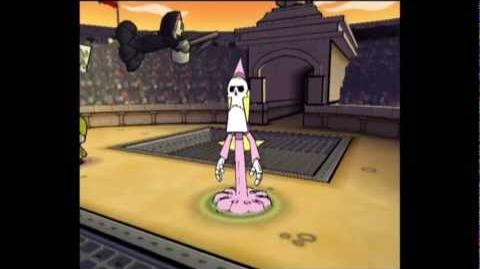 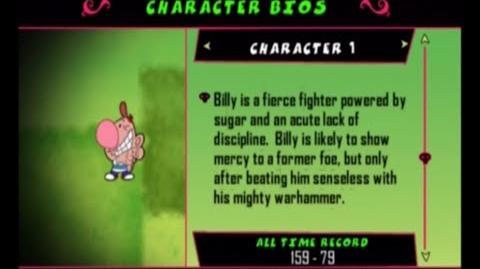 The Grim Adventures of Billy & Mandy Wii - All Character Bios