Back to page
View source

Student at Endsville Elementary School
Negal's Pizza delivery boy
Nergal Jr. is the son of Sis and Nergal, and Billy's maternal first cousin. He has the ability to shapeshift, and has tentacles protruding out of his back, not unlike his father. He also possesses the capability to take the appearance of any human beings he chooses in order to impersonate them as well as the ability to freeze them in a state of suspended animation. He is voiced by Debi Derryberry.

Nergal Jr. is referred to as a Nergal, which is a shapeshifting demon from the center of the earth. His mother, however, is human, making him a hybrid of sorts. It is never clear what exactly his true form is, for it has never shown on screen, but it can be assumed it is not pretty as it scared Billy into hating him briefly in the episode "Son of Nergal." Because of his natural appearance he assumes the form of a little boy (nameless) he ran into in "Son of Nergal", it can be assumed that the little boy is still frozen in ice near the camp grounds to this day.

Nergal Jr. has an introverted personality. He has become used to people avoiding him and usually assumes the worst of other people, as see in The Greatest Love Story Ever Told where a little girl wanted him to walk her home but he shooed her away in the state of mind that the whole world hated him. Despite this, he, like his father, wants to have friends, though he can't seem to keep them longer than an episode.

Nergal Jr.'s only friends are Billy, Mandy, and Irwin. Nergal Jr. and Mandy briefly dated in "The Greatest Love Story Ever Told". It was an accident as the card he gave her was actually from Irwin, but she accepted it as an invitation from him instead. He confessed to his father that he wasn't sure he liked Mandy, but later on shouted at Irwin claiming he wasn't about to let the first girl that liked him for himself go away. Irwin and Nergal fought over Mandy only to realize that she didn't like either of them and was pitting them against each other. Afterward the two made up, indefinitely foreseeable as the incident was never brought up again. Billy was his first friend, but after seeing Jr.'s true form was frightened and briefly frozen for an episode. Afterward Nergal Jr. took the back seat and was only given lines in a few episodes, but other than that became a part of Endsville for the rest of the show as a background character. His only natural enemy is Sperg, the school bully who picks on him despite the obvious fact that he could send Sperg into a swirling vortex of doom for eternity. It is shown that at the end of one episode Sperg was Nergal's family pet just that one time.

Nergal Jr. can shapeshift into any shape and form he desires at will, and electrify enemies by ensnaring them in his snake-like tentacles. 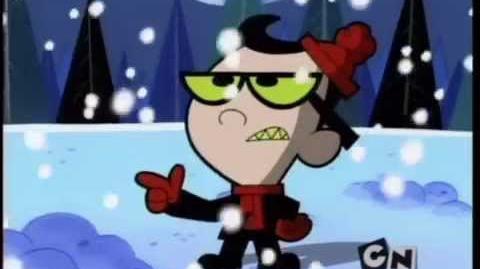 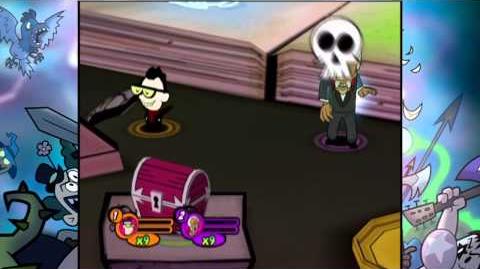