The Grim Reaper (only in Educating Grim)
Mandy (when they first met)
Irwin (formerly)
Pandora (formerly)
Mr. Bun Bun (when he made her become a witch)

Being the most popular student in school
Fluffy Cat (mascot)
Sassy Cat
Calling people losers
Mandy angry at her when she proceeds to get her way
Her own clique of friends
Sports (occasionally)
Dancing and singing with her cheerleader girls
Serve Mr. Bun Bun (as a witch)
Sir Raven reading a story to the kids (Billy & Mandy Moon the Moon)

Billy, Pud'n or any other nerdy kids
Mandy being rude to people just like she does but never apologizes for it
Mandy taking her spot as captain of the cheerleaders
Saliva licking her face
Spiders
Scary stuff
Being attacked
Being trapped
Losing her pet, Little Delicious
Nobody listening to her when she is cheerleading
Sir Raven screaming

Being attacked by a spider (Which Came First?)
Her head turned into a Turnip (My Fair Mandy)

You're all just a bunch of losers!in He's Not Dead, He's My Mascot

Mindy is the stereotypical popular girl: mean, rude, rich, spoiled, beautiful, snobby, self-centered, annoying, cowardly and an airhead (but she's not nearly as dumb as Billy is). She has her own clique of friends and is Mandy's arch nemesis.

Mindy moved to Endsville when she was really little and was one of Mandy's new neighbors. Mandy, feeling bad for her, went over to talk to her. Mindy wanted to be friends with Mandy, but the only thing was that Mindy talked too much. Mandy left her and a hurt Mindy decided that if she couldn't be Mandy’s friend, she'd make sure Mandy wouldn't have any friends at all. Since then, the two have truly despised each other.

As a human, Mindy has ginger colored hair and freckles on both her cheeks. She wears a typical school uniform which includes the blue skirt, white button-up shirt and pink Mary Jane shoes, she can be seen without her school uniform in some episodes.

Mindy wins every beauty pageant, but this is only because her mother is always one of the judges.

As a witch, she is emerald green, lost some of her hair, grew a long warty nose and has yellow teeth.

As mentioned above, Mindy's your stereotypical popular girl. She is bossy, mean, and can't stand not getting her way, as shown when she cried after Mandy took her place as captain of their school cheerleading squad, and whenever she has a fit over her own insults being used against her. There are also times when Mindy has actually tried to kill Mandy.

She is also shown to be able to hold a grudge for a very long time, as she hates Mandy for rejecting her when they were much younger; however, she can put aside her hatred towards Mandy if it means survival, an example being in Wrath of the Spider Queen, when she helped Mandy fight the spiders.

Despite being just as mean, arrogant, and spoiled as Mandy, Mindy's not nearly as intelligent as Mandy is -- for example, one episode shows that Mindy thinks that Paris and Toronto are countries (Paris is a city in France while Toronto's a city in Canada) and thinks that Africa is a city (Africa's a continent made up of 54-different countries). Despite that, Mindy's also not nearly as dumb as Mandy's friend, Billy. Mindy's also very cowardly -- she runs away when somebody gets angry at her, and is about to beat her up, so she has one of her minions or victims take the beating for her while she hides in someplace safer and quivers in fear. In addition, Mindy is also very pathetic and always whines when something goes wrong for her or if any of her plans fail.

Mindy’s insults are rather unimaginative and limited, mostly resorting to “loser", and in “Wrath of the Spider Queen”, she reveals that she considers nerds to be inhuman.

When Mindy was transformed into a witch, she became psychotic and decided that if she couldn't be beautiful then nobody could and attempted to help monsters take over the world. In the end, she realized that idea was selfish and stupid, and apologized.

She is rather manipulative, and often uses peer pressure to get her "friends" to do what she wants.

Flight: She is able to fly using her broom

Camouflage and Disguise: She is able to disguise herself as her normal human self again but will last only for 30 minutes (she used this to fool Irwin and the people of Endsville)

Flatulence:after becoming a witch the smell of her farts can put people to sleep 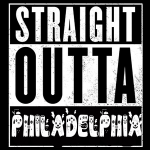