After the opening credits for Grim & Evil and The Grim Adventures of Billy & Mandy, a small segment featuring Mandy on a pitch black background and says a random quote, either sardonic, menacing or downright weird in nature, generally related to one of the episode's segments. Every once in a while, another character besides Mandy would appear, and sometimes they would straight-up replace Mandy. Every so often, when the episode features no opening theme, Mandy's gag also is absent.

In the Season 1 (DVD), these segments are called "Mandyisms" in the special features.

Note: When Grim & Evil got split up and the "Billy and Mandy" segments were rerun as B&M season 1, some of the quotes were rearranged, such as the one for the pilot using a gag from season 2 (which is notable by Mandy using her design from that season), and since the compiled B&M segments only rendered 8 episodes, only a total of 8 gags were used on season 1 reruns, with some of the original ones from G&E being lost for years until the entire show made it into digital services. The following order is how the quotes were arranged in the classic Grim & Evil format, in chronological order and with Mandy using her design from that show.

Note: Despite this season is the one where "Grim & Evil" was split in two series, this one was originally made and formatted as a season 2 for G&E. This season also had the same issues regarding Mandy's couch gag, with some of them being mixed in the B&M reruns, and some of them ended up missing in the process, not ressurging until the season was re-aired as G&E season 2 years later on demand. As with season 1, this will also follow the same format, but the episode order will be different: instead of the chronological order of B&M season 1B, it will instead be listed as the original order of G&E season 2, in order to fit all of the gags from that season.

In the first few months of 2018, Maxwell Atoms created a "Black Mandy" hashtag on his social media (such Tumblr and Instagram), which consisted of weekly posts of drawings featuring Mandy doing a random action while her dialogue is transcripted above her head, presumably a spiritual sucessor to her Couch Gag from the original show. There's a total of 8 of them as of right now.

Episodes without the couch gag 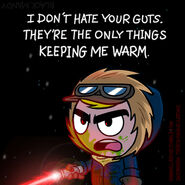 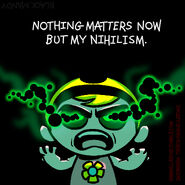 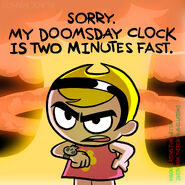 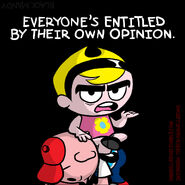 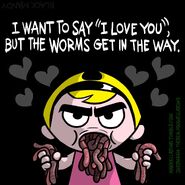 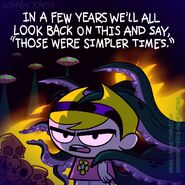 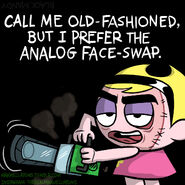 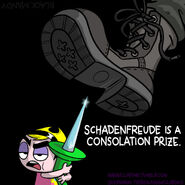