The Grim Adventures of Billy and Mandy Wiki
Register
Don't have an account?
Sign In
Advertisement
in: Characters, Main characters, Heroes,
and 3 more
English

"I'll teach you to mess with the living!"

Spectral exterminator
Hoss Delgado is a major character of the franchise. He is a spectral exterminator, hunting down monsters like werewolves, and various other supernatural phenomena. Hoss developed a crush on Eris, the goddess of chaos starting in "Guess What’s Coming to Dinner?" They dated for a while, but it had been a dysfunctional relationship, with his dating the goddess of chaos having an adverse effect of creating too much order in the world, which put him out of the monster hunting business, so he broke up with her.

In Underfist: Halloween Bash, he serves as the deuteragonist.

Hoss seems to be missing a hand, which he has replaced with a cybernetic weapon hand that can transform into various weapons and tools (referred to as a Swiss Army Hand in his video game profile). It's unknown how he lost his hand (though in Underfist, Irwin found his hand, pickled in a jar, and the video game profile says that he lost it between the cushions of his couch).  In Underfist, his right leg seems to have been replaced with the same cybernetics on his arm. For his first appearance, he originally had to manually attach devices to his hand, where they were linked with a metal bar, and could be detached by hitting one of the studs on the wristband; for all later appearances, they instead shifted into place automatically, flush with the wrist (and no longer detachable), though where the attachments are stored is unknown. His hair also started to gray in Underfist.

He was originally incredibly skinny and was beaten at everything by a traffic cone named Kyle. One day while selling electric potato peelers he'd had enough and by sheer force of will became muscular. He now keeps Kyle cuffed to a radiator in a basement.

Hoss also has an eyepatch, apparently because he ran with scissors when his mother told him not to (revealed in Underfist). 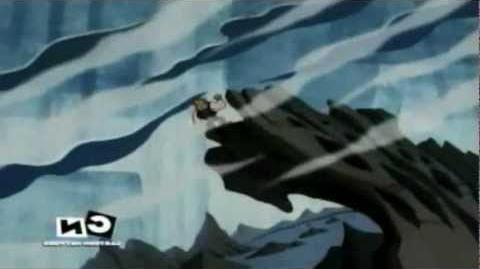 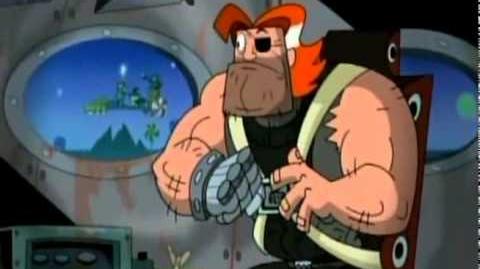 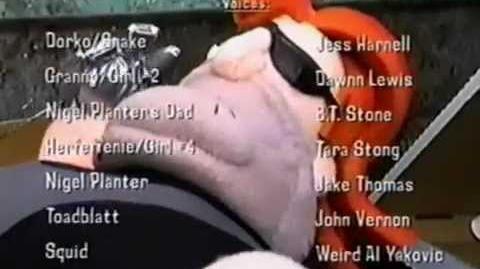