The Brain Eating Meteor is a creature from outer space who encountered Billy in his backyard after complaining that he was lonely after Mandy and Grim wouldn't play with him.

He resembles a giant green brain with an eyeball and tentacles.

He introduces himself through singing and tells Billy to bring him some brains after not being able to find one in his head. Billy mistakenly gives him Bran cereal due to his stupidly, annoyed by this he sings about what brains are and if he gives him enough brains he'll become his best friend. He suggests Irwin for his first victim, and upon sucking out his brain through his tentacle, Irwin becomes a mindless zombie.

With each brain he eats he becomes larger, and Billy gives him more and more people's brains to eat until he is a giant. At one point a police officer attempts to shoot him down but the bullets have no effects (and seem to miss) and he becomes another victim. Soon he has devoured every brain in town except for Mandy's so Billy gets Mandy to come outside.

He sucks out her brain after he is finished with his song which lasted most of the episode. His green slime melts away, and Mandy's brain takes over, covering the brain-like rock of his body with pink slime resembling Mandy's head. Mandy tells Billy to give her more brains. The meteor also appears as a boss on the Grim Adventures Of Billy & Mandy video game. 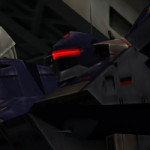